While where I am staying is extremely remote (still not used to it being so dark at night and zero cell phone service) it is one of the most beautiful places I have ever been to. Through the forest runs the Umpqua River and a ton of other creeks that feed into it. With all the elevation change it makes the perfect conditions for tons of waterfalls; 25 notable ones in the area to be exact. Umpqua is the Native American word for thundering waters. While I am not here long enough to hike to all of them I have made sure to get to as many as I can!

My first waterfall was the areas most famous, Toketee Falls.

This waterfall was beautiful but what I found more interesting was the history of the river area around it and how the river actually powers the area. It’s called the Toketee Project and it’s a hydroelectric system that was built in 1949. It diverts part of the river through a redwood pipeline and powers over 20,000 households! The pipeline was so cool!! It was shooting water out everywhere!

​​
I next went to Clearwater Falls which is so unique because the earth has actually grown over part of the top of the waterfall, so much so that it creates a bridge you can walk over! You can even see the water rushing through the roots below your feet! This is also when I decided that I don’t just want pictures of the waterfalls but pictures of me and my crew in front of them! So because I have been solo for this part of the trip I had to set the self-timer! I will just be posting the best ones! The outtakes are a hot mess! It’s very difficult to wrangle two dogs into looking at the camera in the right spot in 10 seconds! 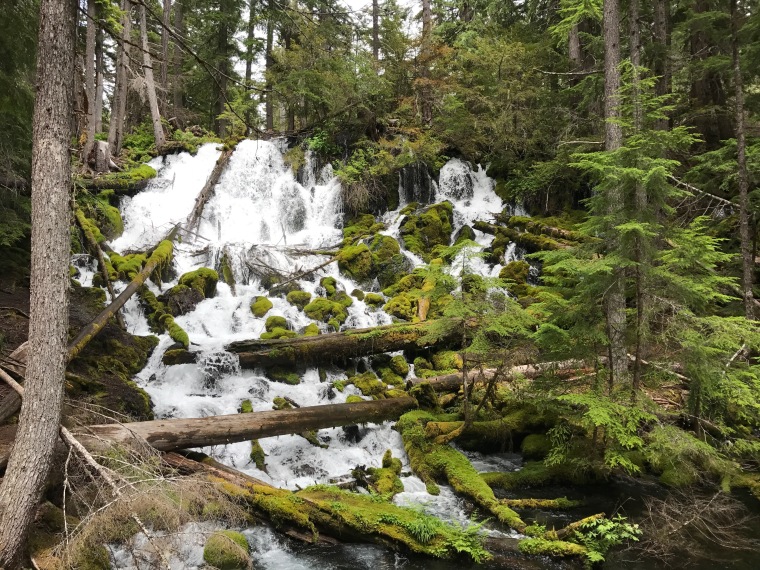 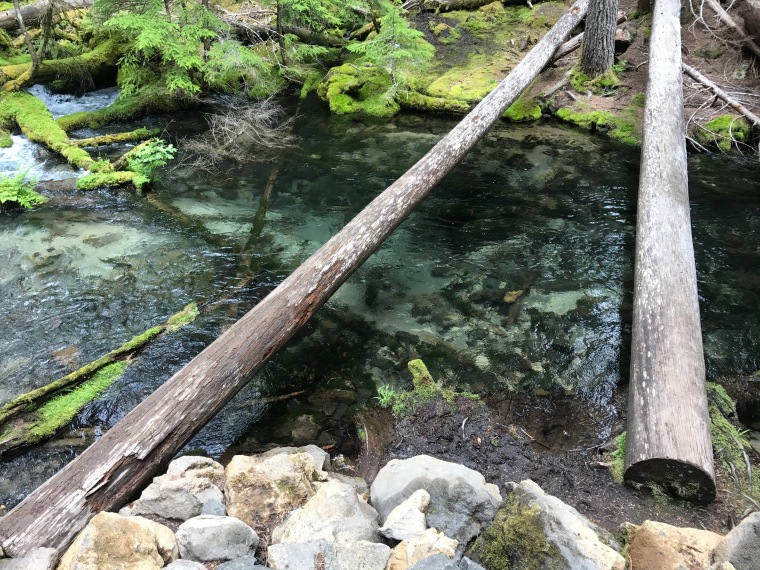 We then made our way to Whitehorse Falls! Again, another beauty but lots of mosquitos!

Next we headed to Watson Falls! The tallest in the area and the 3rd tallest is the Pacific Northwest! It was unbelievable, I’ve never seen a waterfall drop so far! Pictures do it no justice! The hike in was quite steep! As my crew and I pass other hikers they all comment on how easy it must be for me to hike with them because they just pull me up the hill (to give you a visual: they both wear harnesses and I wear a belt with two leashes attached to it). While the intention is not for them to pull me along what most don’t understand it how difficult it is to make my way back down with them pulling me, I have to avoid rocks and roots and try not to break my ankles!! Haha!! We have been working on the pulling issue and the harnesses make a huge difference! Okay, back to waterfalls! Here is Watson! 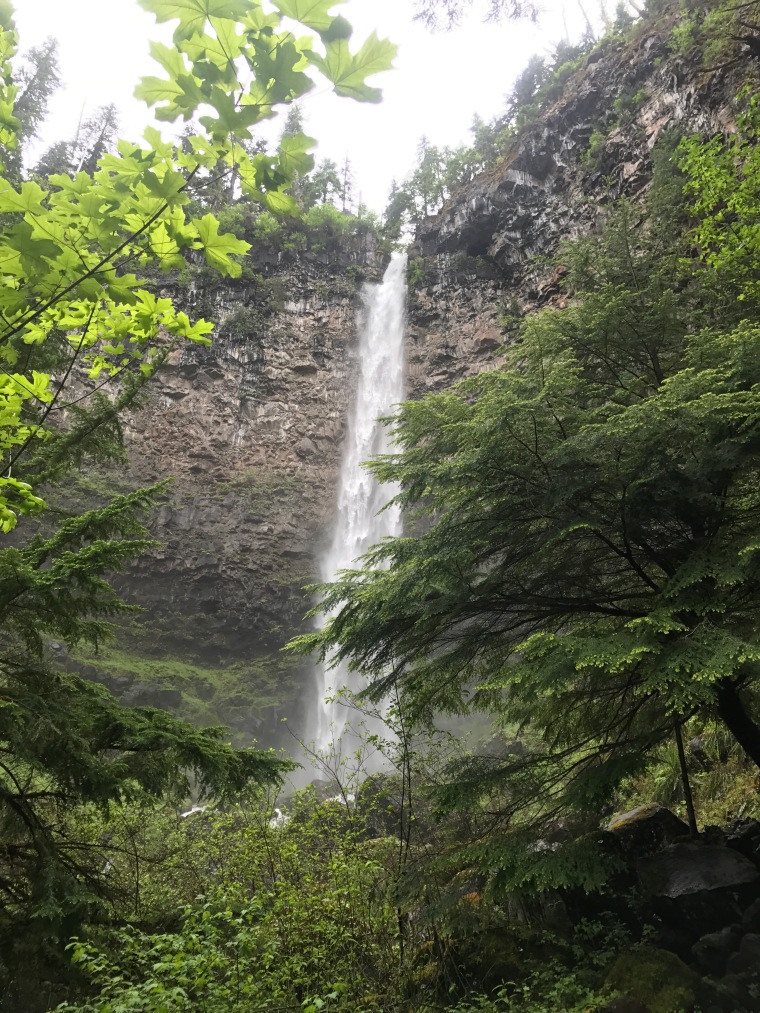 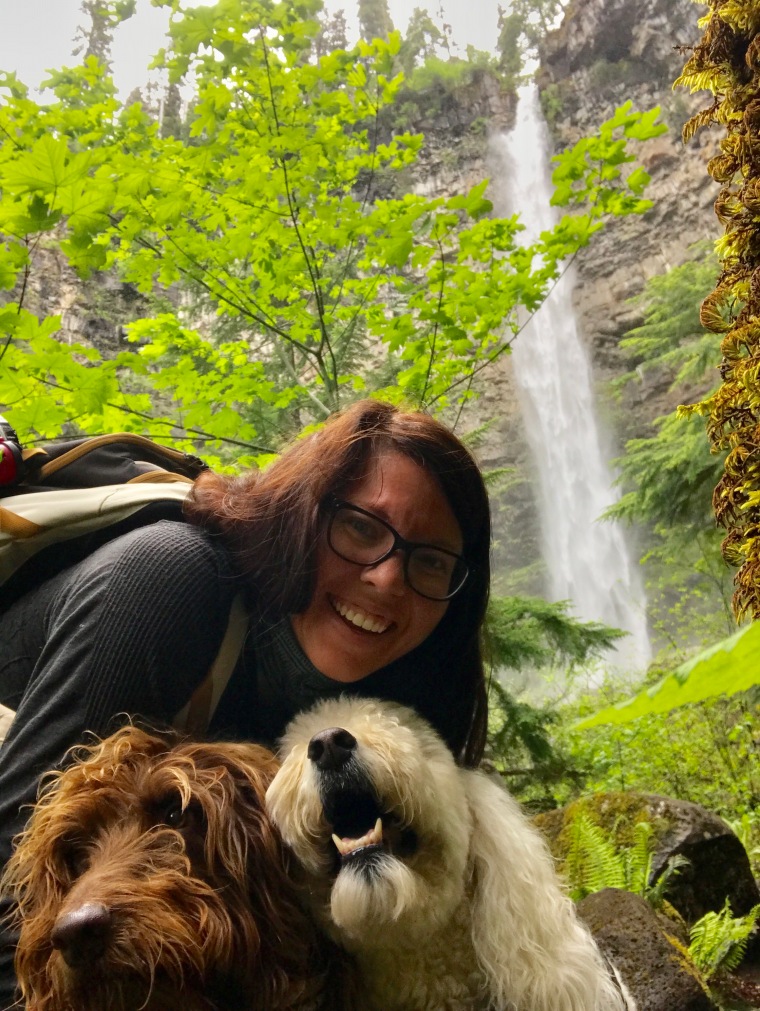 Lastly, we made a quick stop at Steamboat Falls which has a really cool fish ladder! It’s prime fishing season in the area right now and you can see a lot people out in the river with waders! 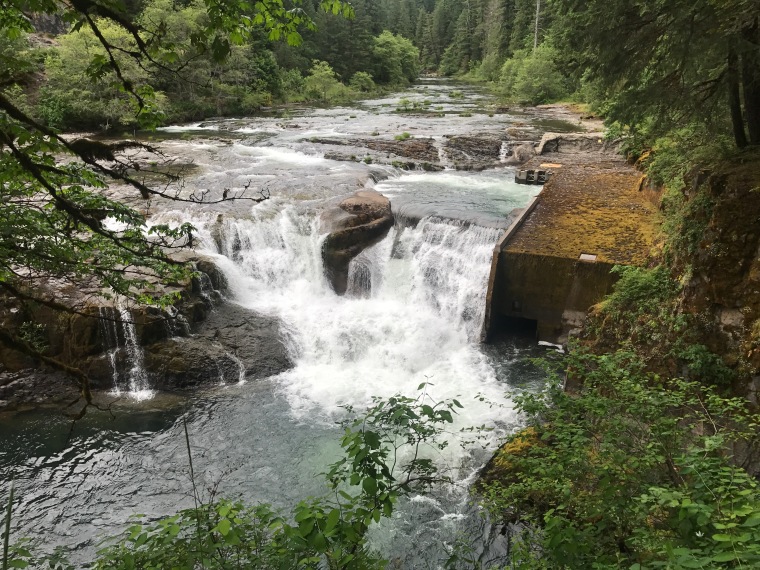 That was the last waterfall for the day but I had to stop on my way back to camp to take pictures of some of the pretty scenery along the road! I sure do love it here in the woods! At night I have been going out and just laying out on the picnic table and staring up at the stars, in Houston you can only see a few but out here you can see a bajillion and it makes my heart so incredibly happy!

“Let’s get lost in a world of books, camp fires, adventures, sunny days, and late night conversations under the stars with people we love.”