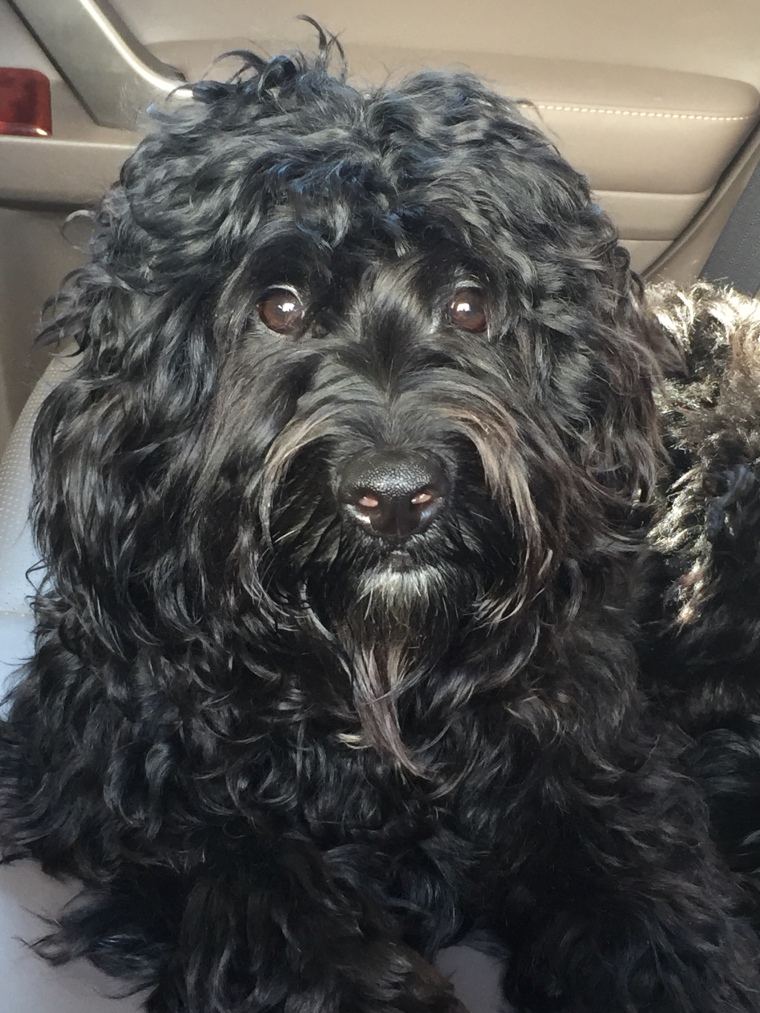 Name: Beau (his adopters changed his name to Rookie!)

Time in our care: 1 month

How he ended up with us: I was sitting at a training one day when I got a text from Maria, the executive director of IDOG, asking if I could make a trip over to the Alvin Animal Control to do a temp test on a little black doodle, pull him if he passed and foster if we could. Well, the little ball of energy passed my test and I brought him home that evening.

History: He was picked up as a stray, he wasn’t microchipped and no one claimed him. He spent 7 days on hold at AAC.

Adventures: Unfortunately, we weren’t able to take Beau on any real adventures because a couple of days into having him he developed a pretty severe cough which was then diagnosed as the beginning stages of distemper. We had to rush him to the vet to get the care he needed. He then spent the next week under our kitchen chair recovering and hacking up about a pound of phlegm.

Although both Sophie and Gonzo are vaccinated against distemper, Sophie developed a very minor case and she too spent the whole week coughing. 🙄 After Beau recovered from that we had to take him to get neutered a week later. 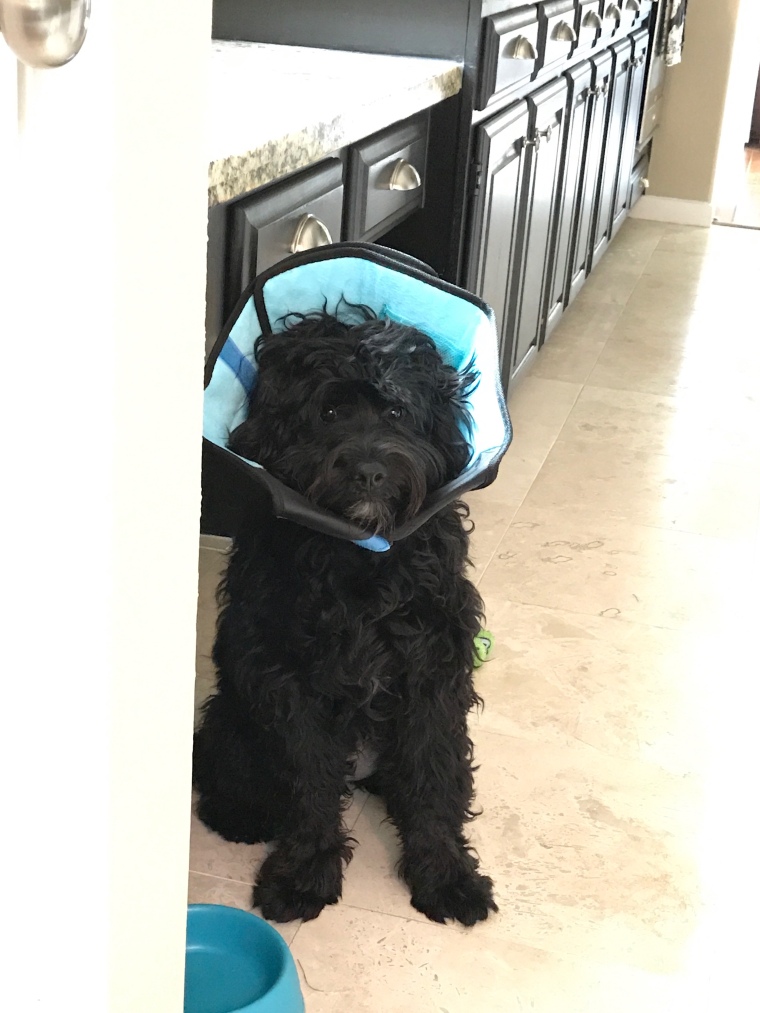 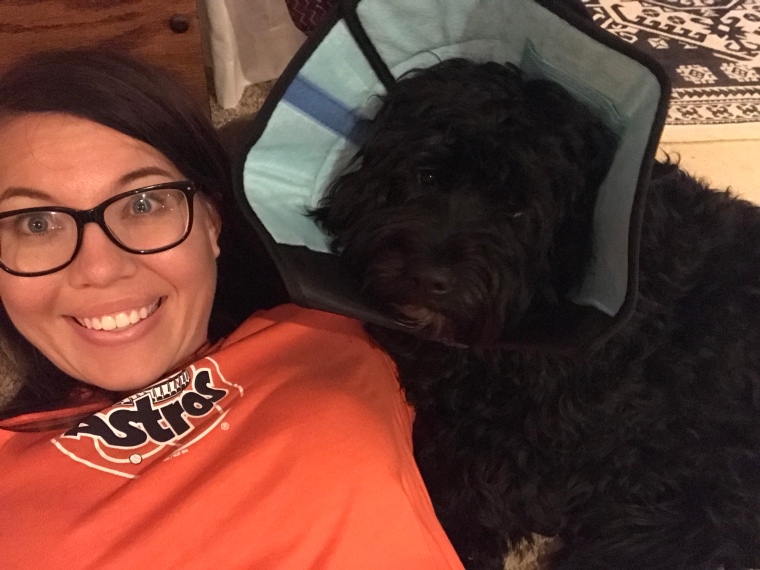 Poor guy didn’t get to have too much fun with us! He did get to meet my parents which was a ton of fun for him! My mom and dad fell in love with him and wanted to take him home with them!

Personality: Beau is quite the cuddler, personal space invader and is FULL of energy! He loves attention, is a face licker and will whine if he doesn’t get his way. He has the softest fur and looks so cute when he lays on his belly with his two legs splayed out to either side. He became OBSESSED with a green dinosaur toy when he was with us. Took it everywhere and would let no one touch it! He spent HOURS on the first step of the pool dropping it in the water and rescuing it. So here is an Ode to Dino. 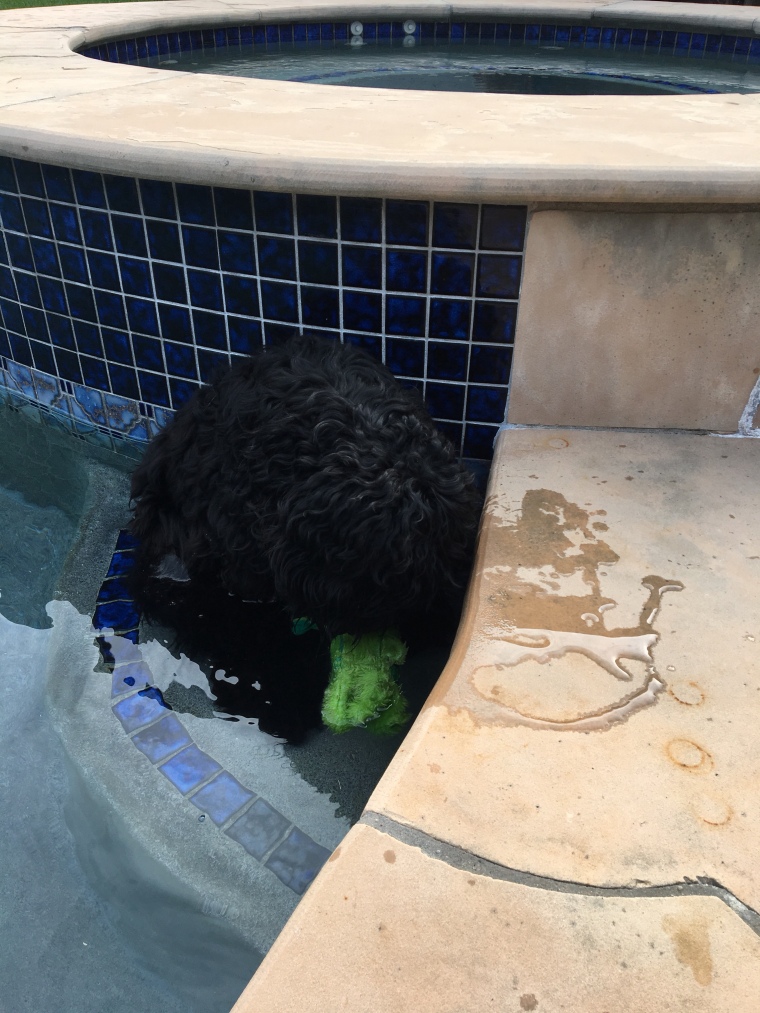 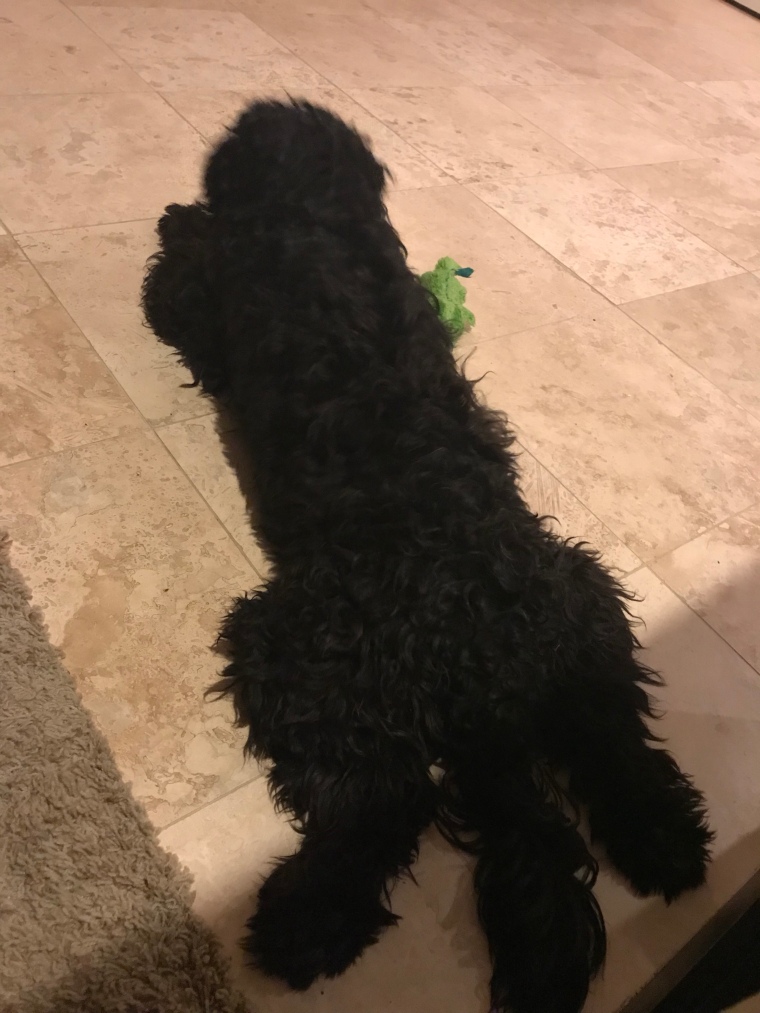 Queen Sophia Rose and Gonzo’s reaction: Sophie mean mugged him essentially the whole time he was here. She did enjoy playing with him though, because she loves having a dog to chase her and she loves to wrestle and romp! Gonzo was the perfect role model to Beau and taught him to swim, play fetch and cuddled with him constantly. We love how kind you are Gonzo! 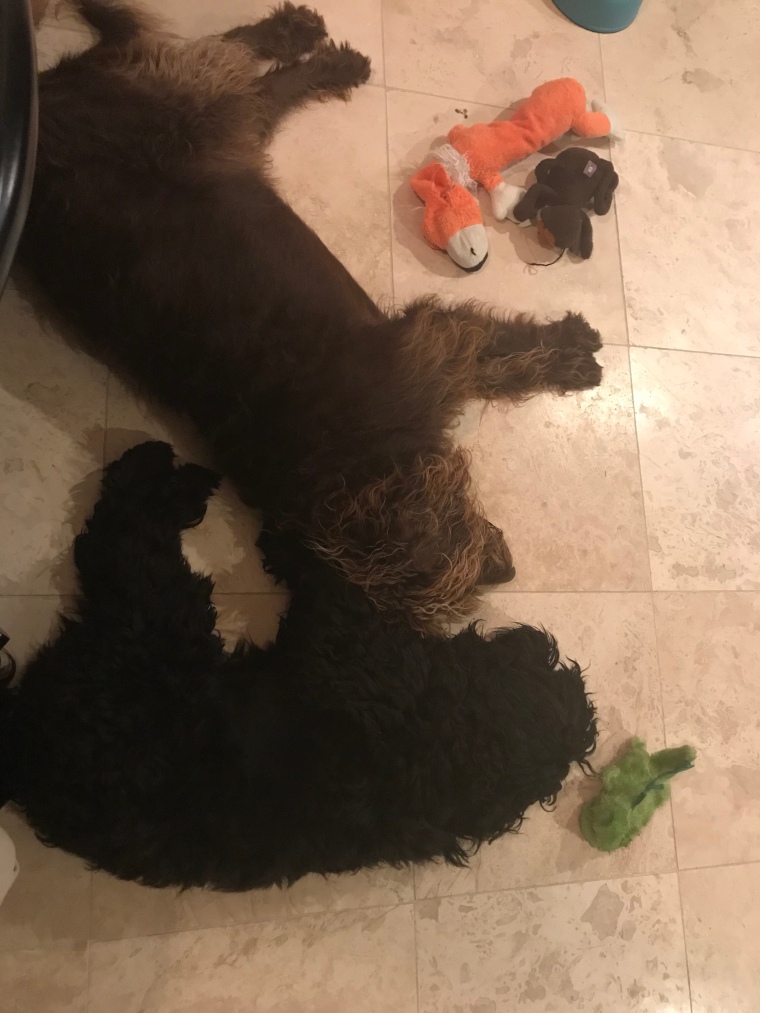 Funny story: Taylor and I have a walk-in shower in our master and Beau quickly discovered how to follow us in! Well, turns out he LOVES to shower! He ended up not only being the wettest dog but also the cleanest dog in the history of existence because he took at least one shower a day! 🤣 love this dog!

Adopters: Beau was adopted by a wonderful couple with two grown children and doodle. Now he lives a life of luxury, think: homemade puppy ice cream, with his doting parents and furry brother! We have gotten a few updates on him and he has adjusted quite nicely and has officially won over the affection of his brother! And now goes by the name, Rookie!

We love you Beau! We are so happy we got to be a part of your journey! 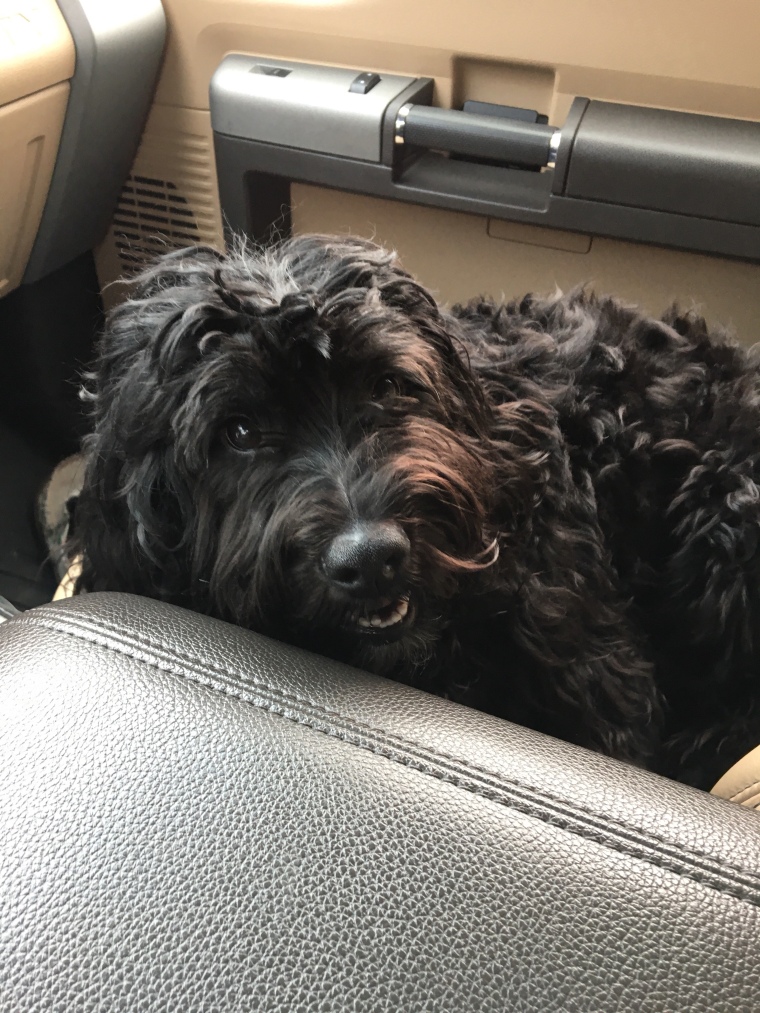 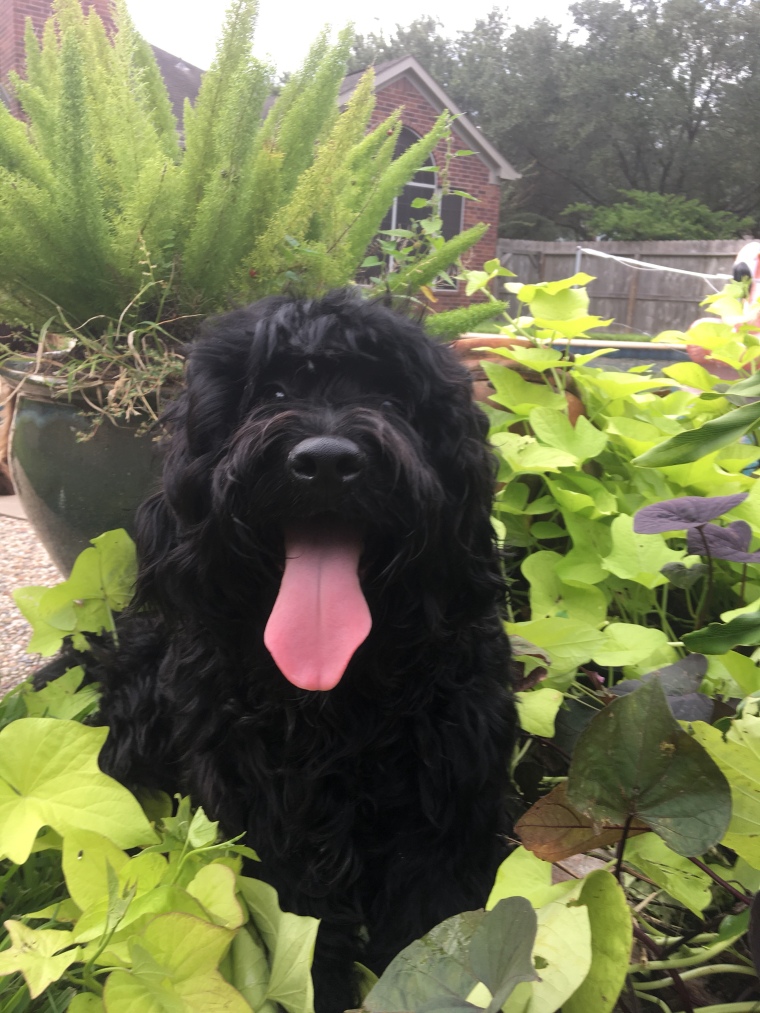 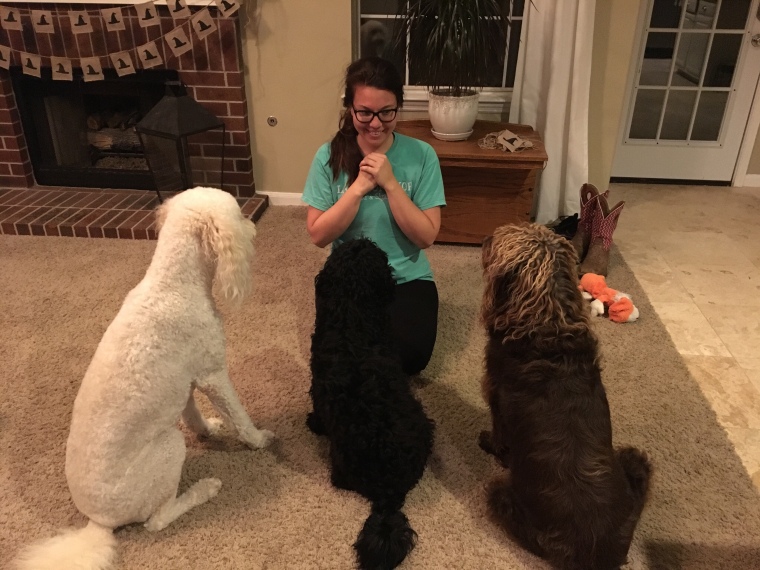 6 thoughts on “Foster Friday with Beau”

Back in Texas 😭
Well, I’ll be back. 🏔
“For the benefit and enjoyment of the people.”
Glacier was dope.
Another perfect week in Idaho. #notjustpotatoes
So Idaho was pretty great. 🏔🐕🐩