Hello! After the Flaming Gorge we headed to the Salt Lake City area. We stayed for 5 days at Wasatch Mountain State Park which was in the cute little Swiss town of Midway. About 20 minutes away from downtown Park City.

The drive from the Flaming Gorge to Midway was a quick 3 hours. And since it was National Donut Day we had to make a quick stop at the local donut shop, Get Glazed! Mmmmmmmm!! Well, actually it wasn’t quick, there was a very long line! Worth it! 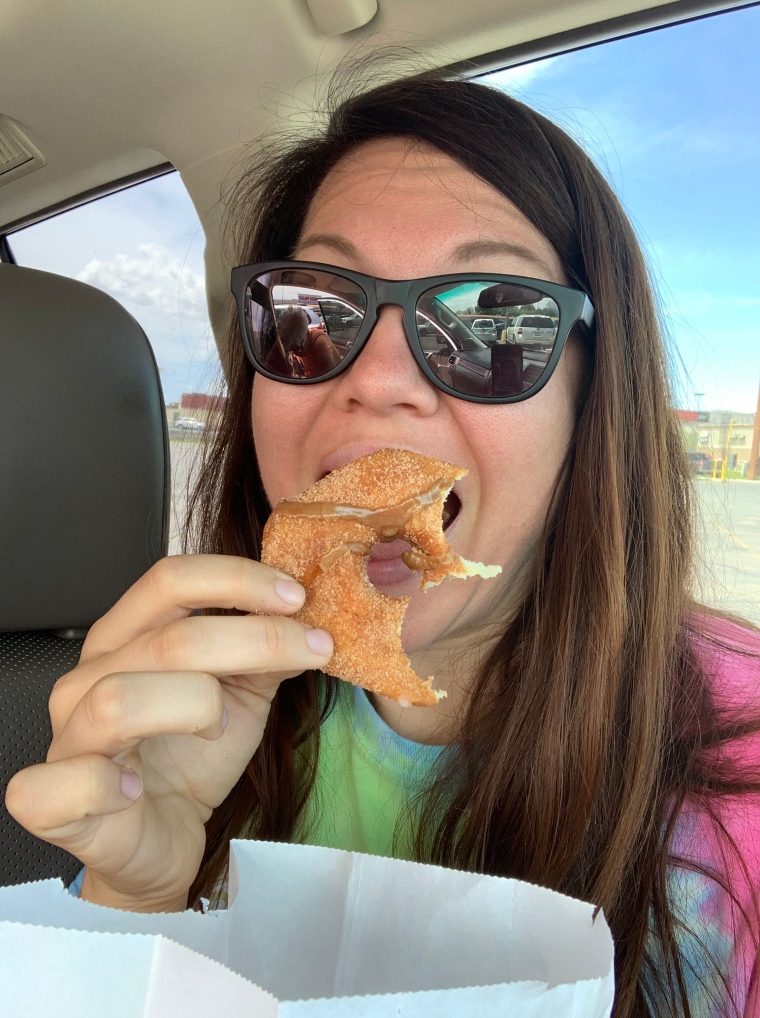 Setting up camp is happening a lot quicker now that I’m getting back into my routine. After setting up camp we took a breather and then took a walk with the dogs around camp! And a drive around town! We’re nestled in a beautiful location! Jana and I made some s’mores that night! I’m not great at making a real fire! Ha! (See Below) Also, once the sunset those mountain breezes were quite chilly!

Day 2 we had to wake up in the wee hours of the morning to get Jana on her flight back to Houston for her last week in the States! We arrived back at camp and I took a long nap! I had previously been sleeping with the dogs on the fold out couch. Did wonders for my back! Ha!

After that my mom and I headed out to the Midway Farmers Market where we got kicked out because dogs aren’t allowed on the grass in Wasatch County. So much for their campaign of “Support Local”! I tried! Ha!

So we headed up to Bark City, I mean, Park City where we had a nice lunch out on the patio with the pups at Wasatch Brewing Company! So good! I have been drinking their beer for years so it was nice to be able to support them in person!

Next we took the dogs to an amazing dog park in Trailside Park! This park even connects to an off leash dog trail! The pups LOVED it and were SO well behaved! 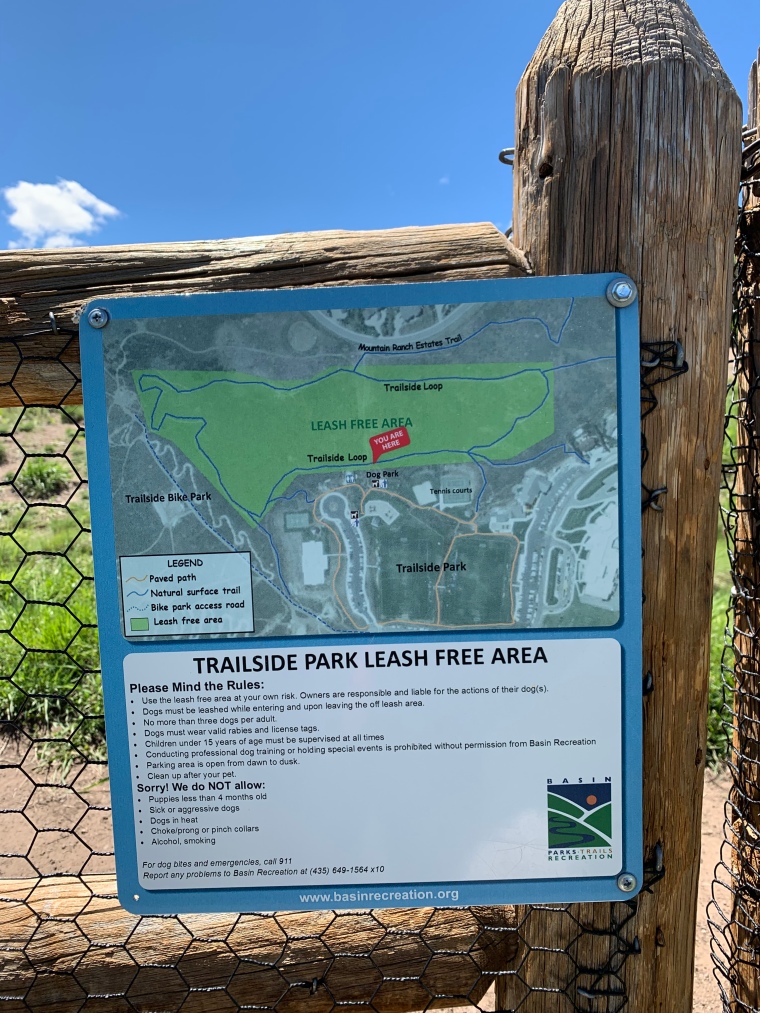 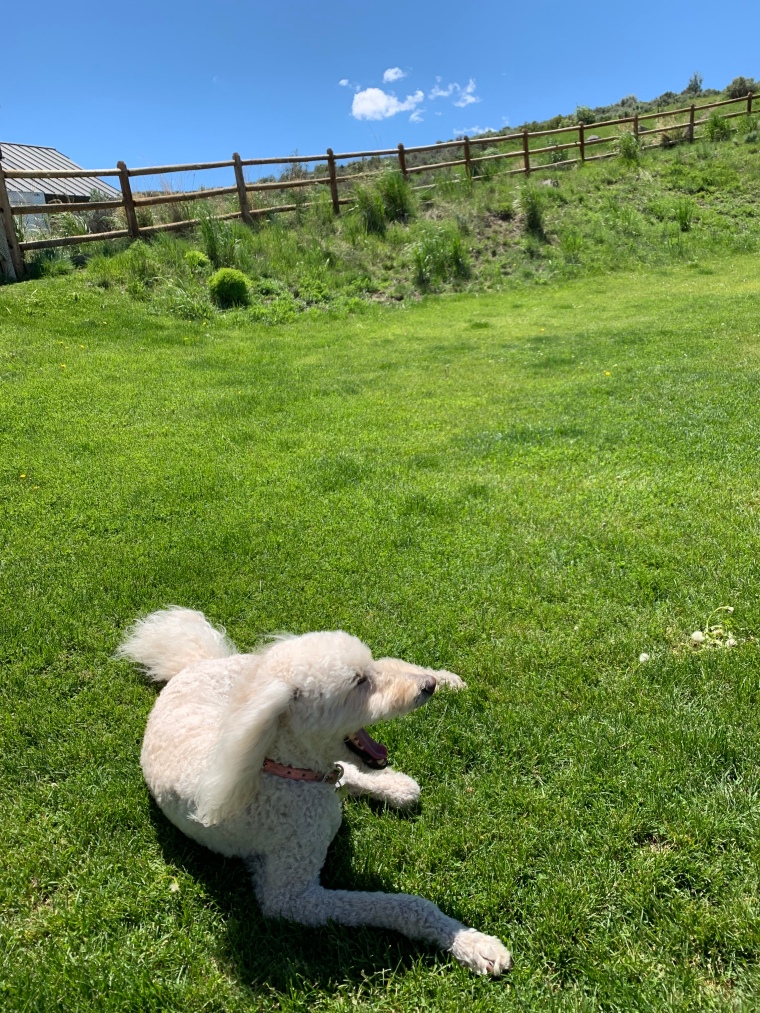 The dogs were out in hoards and it was wonderful!! Again, the pups did so good! I was thoroughly impressed and had a smile on my face all afternoon! The view at the overlook over Salt Lake Valley was 😍😍 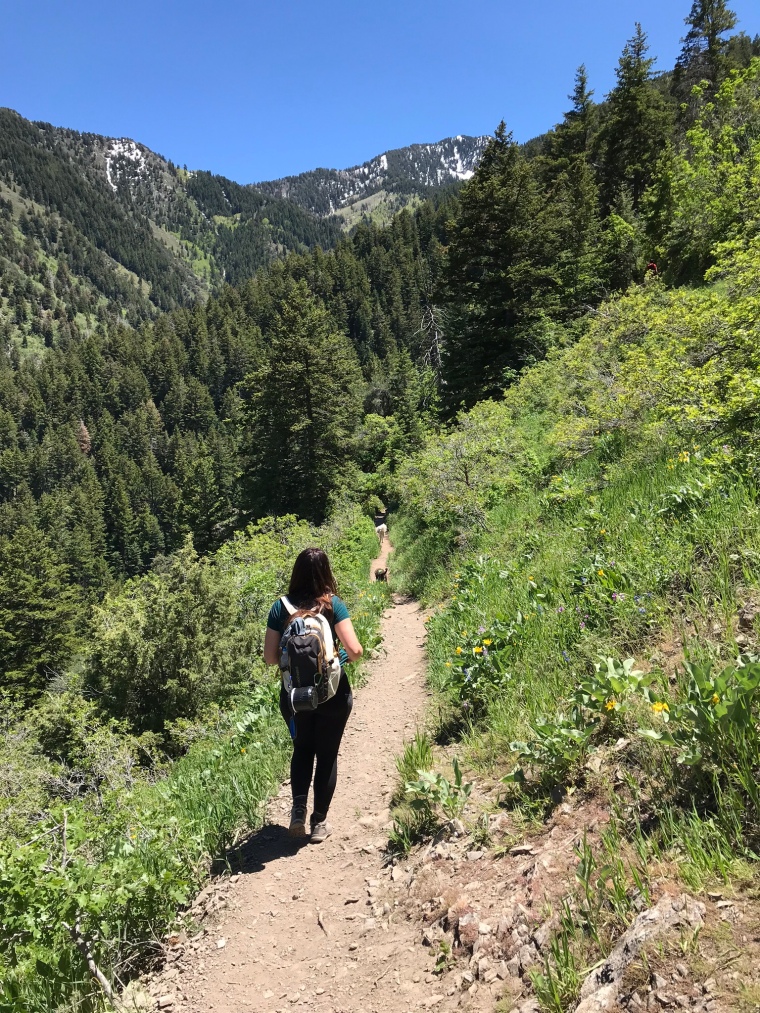 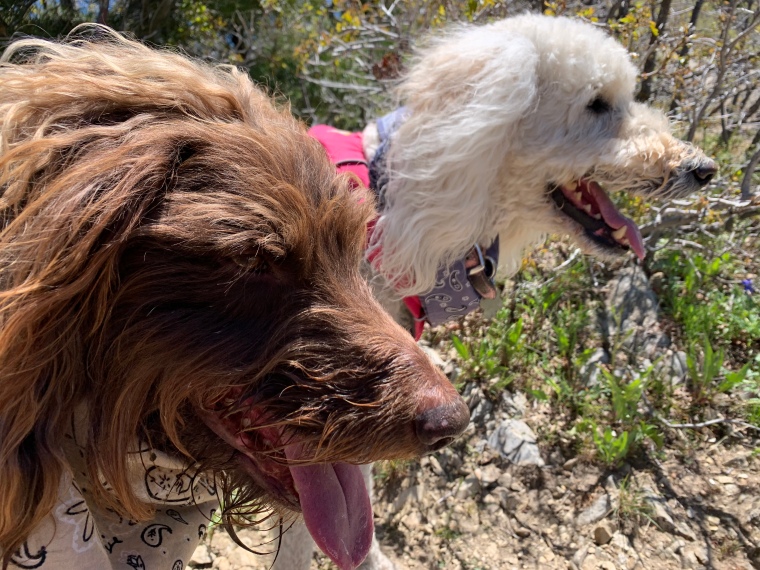 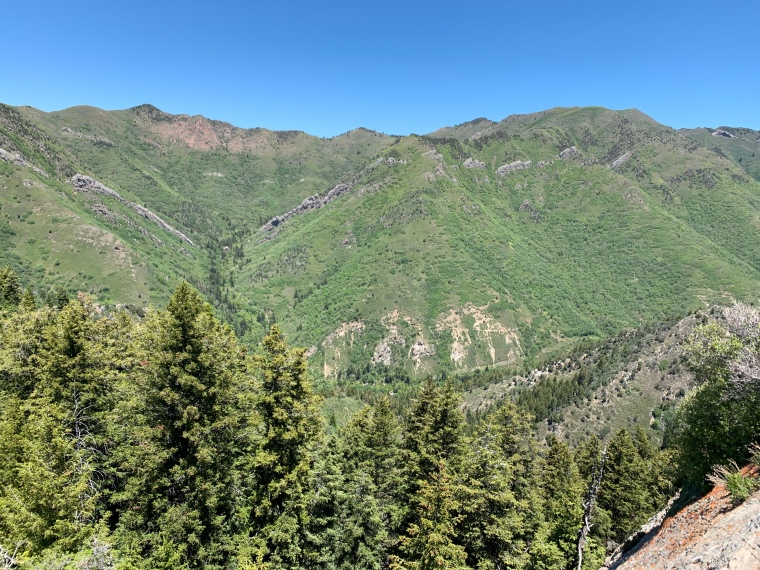 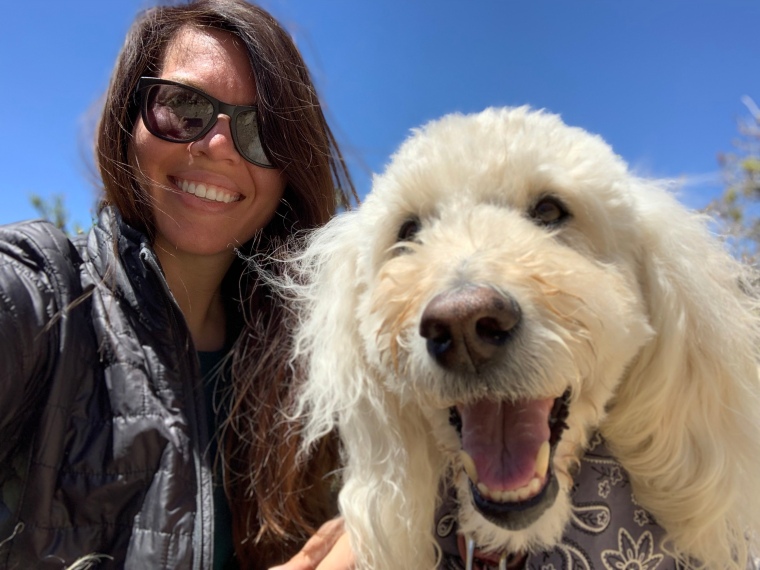 We decided we needed a cold drink and based on the suggestion from a fellow hiker we went to T. F. Brewery in South Salt Lake. Delicious beer, great atmosphere and a street taco food truck! Can’t ask for a better ending to the day! Oh! And we had two very tired pups!

Day 4 might have been the most exciting of all because we got to meet up with our former foster pup, George! Who is now living the good life in the mountains! It was so great to see him doing so well with a family that truly loves him!

We met up at another incredible Park City dog park in Willow Creek Park. Gonzo had the time of his life playing fetch with the other dogs in the pond! And Sophie enjoyed policing the area and breaking up any and all forms of play! Ha! Brat! 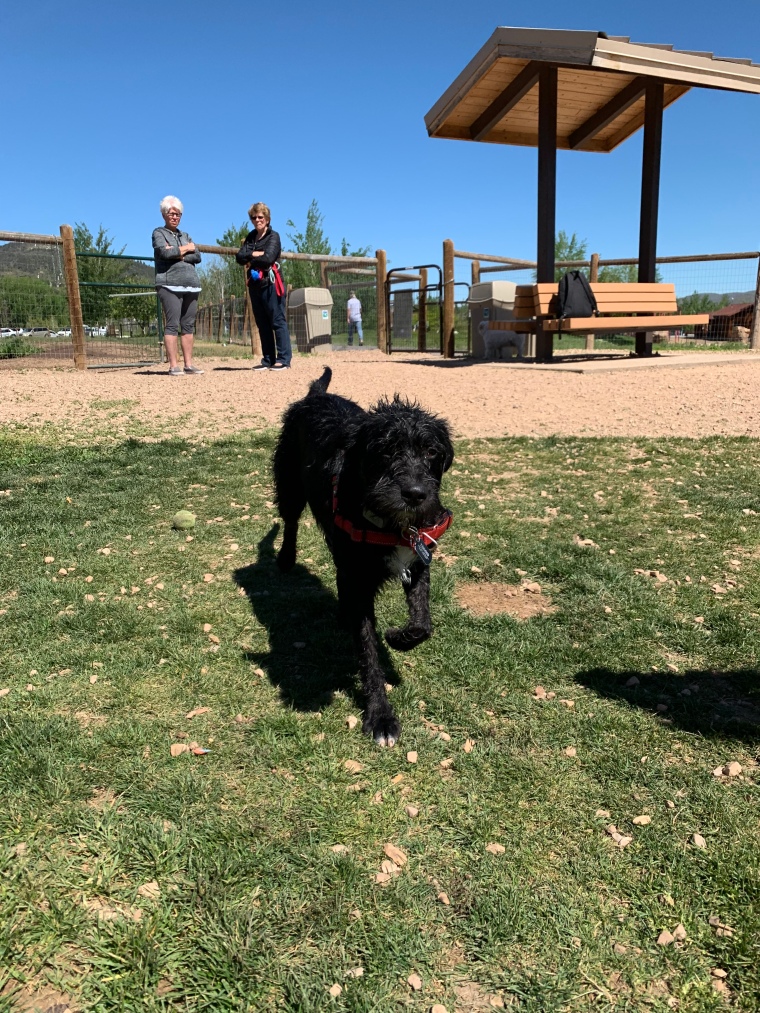 After a very fun reunion at the dog park we headed into downtown Park City to find a coffee and tea shop my mom had heard about; Atticus! A wonderful place that I couldn’t get over! They make all their tea blends in house ($75 later! Whoops! I love tea! Sorry Taylor! 🤷🏻‍♀️🤷🏻‍♀️) They have a little bookstore inside with lots of books from local authors! They name all their cup sizes in the cutest way possible, their biggest size is Hagrid and smallest is Frodo! Ha! They have vegan options and all their serving ware is biodegradable! This is a business I can support! 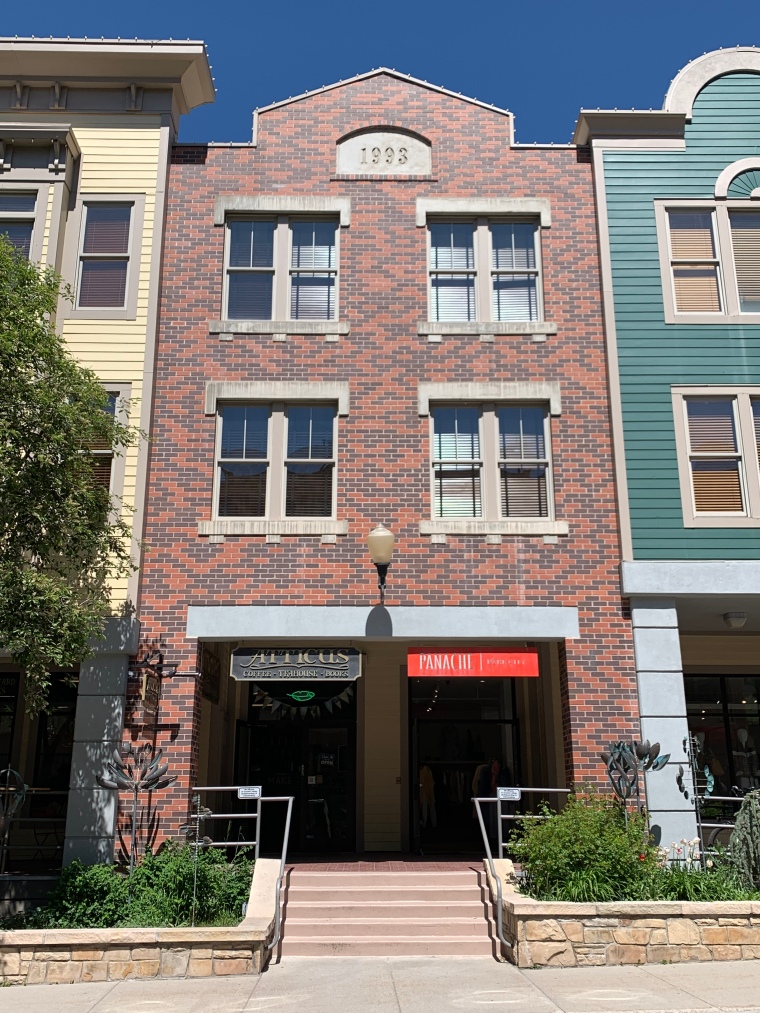 It was on a weekday in Park City and the atmosphere on Main Street was much improved! So many less people! It was so enjoyable we ended up spending the whole day walking around!

We rounded out the day at another awesome spot! Fill’er Up Coffee Station! This may have actually been our second time stopping here, but who’s counting 😉 Anyway, it’s the coolest building. It was an old garage that they converted into a local establishment. The owners formerly owned a vintage shop and boy, can you tell!

In addition to coffee and food they serve ice cream m. It is homemade and delicious! We sat out in one of their many outdoor areas and enjoyed the best pistachio ice cream everrrrrrr! 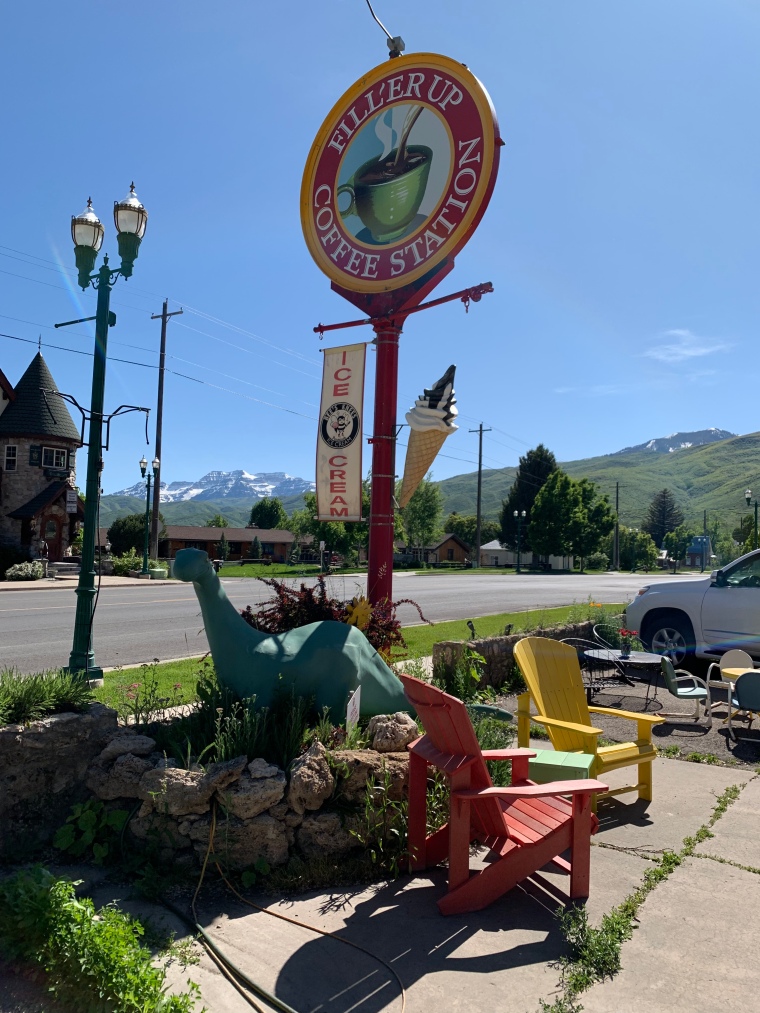 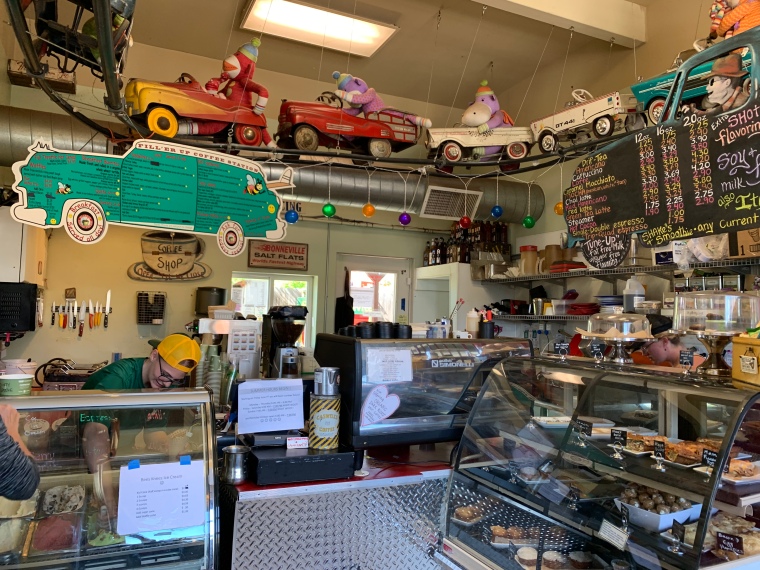 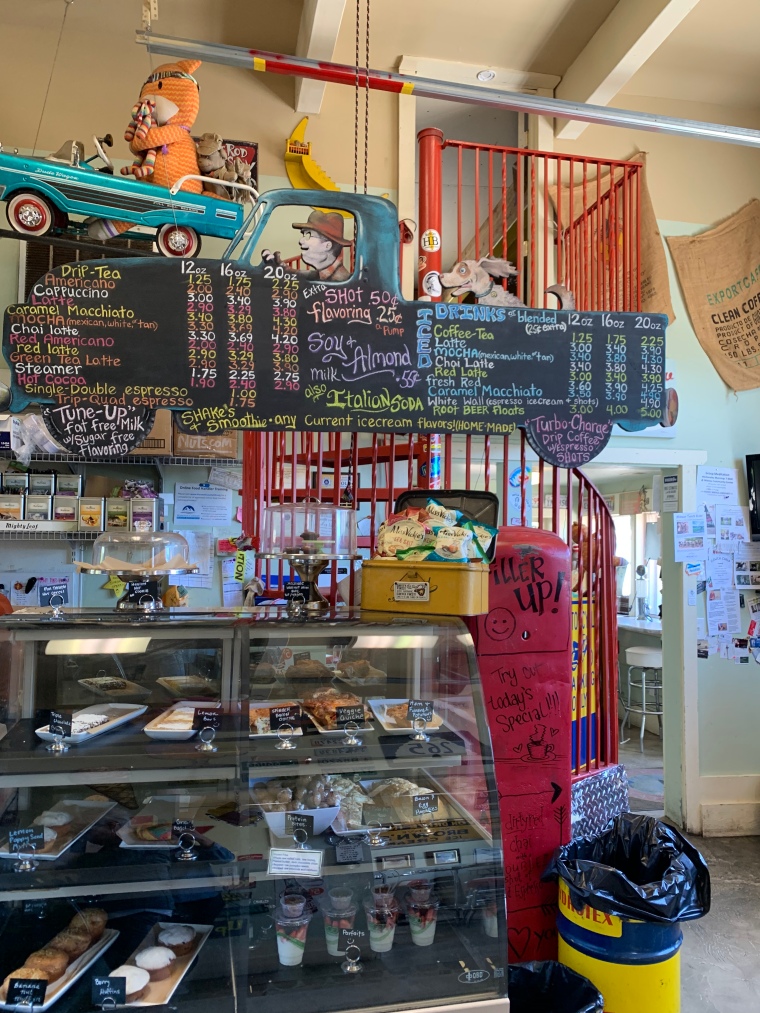 Well We love you Salt Lake! Until next time! Now off to Idaho!

#92 – I know I’ve been grateful of them before but my dogs are the best! They make everyday of this trip so much better.

#93 – For Park City and their dog inclusive laws. Thanks for letting me enjoy your city with my favorites!

#94 – To the many awesome suggestions we’ve had from locals about things to do and places to go! I find the best places to get good information on things to do are in coffee shops, at breweries and out on the trails! Just ask, everyone is always excited to share their favorite things about their city!

#95 – To the man who let me borrow his level so that I could adjust my camper correctly! I may or may not have left the other one on the bumper and drove off! Whoops!